FFNCA Member, Russell Belcher’s documentary film about his mountain town of Grundy in Southwest Virginia that was demolished to make way for a flood control project in the Spring and Summer of 2006 and onward. There are poignant scenes of the town coming down and people talking about their lives as they watched the town being erased. The mountains and the river are central to the story about a part of the country most people know little about. There are also excerpts from the life story of Frank Newsome, an Old Regular Baptist minister from the county who won an NEA award for his acapella singing and sang in the Library of Congress in 2011. 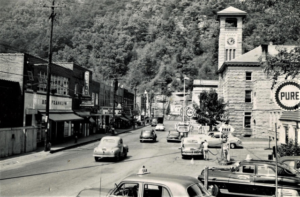