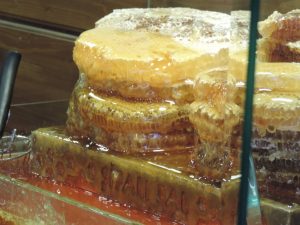 Honeycomb in a store

Our home hosts in both cities introduced us to extended families, to local concerts, to incredible food and craft markets, to delicious meals that never ended, and to 8000 years of Anatolian history. They took us on overnight trips to Ephesus and Cappadocia and on a high-speed train to Konya to see the Whirling Dervishes’ spiritual spinning, but they also showed us the special places in their own cities.

The highlights of the exchanges were the farewell dinner in Izmir and the welcome dinner in Cankaya. 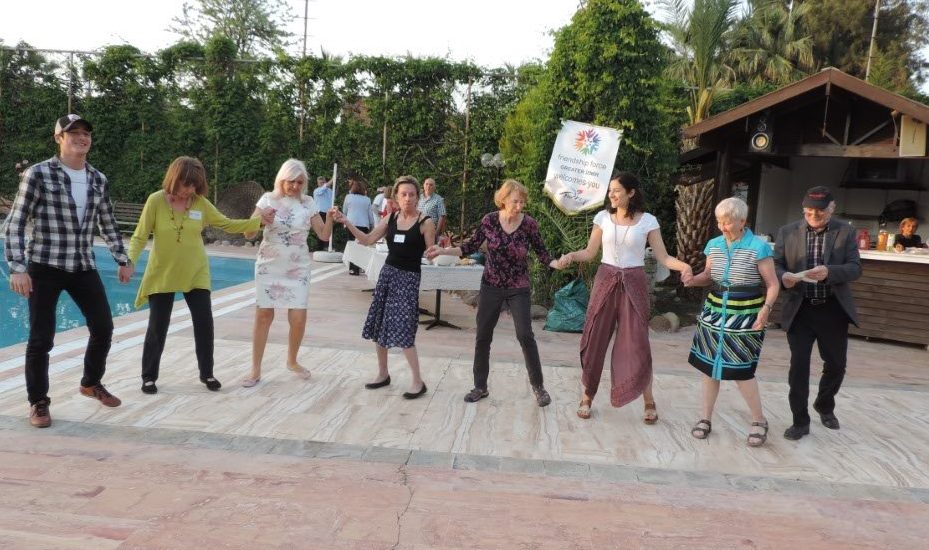 We do always enjoy dancing

Both clubs hired traditional musicians who played and played while we danced and danced. The Cankaya folks, who like DC folks are often derided by their bigger city (Istanbul/NYC) brethren as dull bureaucrats, brought Halloween-like masks and other accoutrement for us to wear as well as a sexy belly dancer who worked all the men in the room. 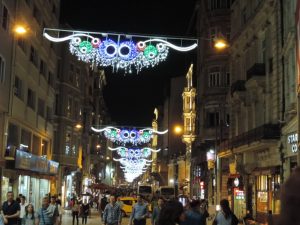 So it was hard to imagine that Istanbul could top all of that, but Istanbul is indeed one of the greatest cities in the world, and our hotel was in a magical location close to the Aya Sofia, Blue Mosque, and Topkapi, with a rooftop restaurant where we had breakfast each morning (as well as nightcaps) watching the Blue Mosque in one direction and a constant flow of ships traveling between the Sea of Marmara and the Bosphorus in the other direction.

Our brilliant tour guide, Serif, provided the keys that opened up the city for us. One day we spent five hours on an extended tour of street food, walking and also traveling by ferry and underwater Metro to different parts of the city. When Serif brought us sheep intestines to try, the vegetarians opted out, but they really missed out on a delicacy.